With skyrocketing rent in Sacramento and spiking inflation, many workers paychecks just aren’t cutting it.

To afford the fair market rent for a two-bedroom home in Sacramento County without becoming rent burdened, a person would need to earn more than $28 an hour — almost double the state’s minimum wage of $15 an hour, or roughly $58,302 a year — according to a 2021 analysis by the National Low Income Housing Coalition.

It’s a wage that’s out of reach for thousands of Sacramento workers, and it isn’t just blue-collar workers and laborers in minimum wage jobs who are struggling, a Bee analysis of state employment data shows.

Some Sacramento-area residents working public sector jobs also struggle to afford a two-bedroom home — substitute and preschool teachers, family and school social workers, drug abuse and mental health counselors are among the careers that tend to pay less than $58,302 a year.

The average renter in Sacramento County earns about $18 an hour, the coalition found. As a result, families and residents are often forced to spend well over the recommended 30% of their income on rent and utilities.

Just over half of the top 20 most common occupation categories in the Sacramento metro area locally garner an average annual wage enough to afford the fair market rent of $1,495 each month for a two-bedroom apartment, according to California’s Employment Development Department.

For a fair market rent one-bedroom home, about $1,188 a month in Sacramento County, 14 of of the top 20 most common occupation categories pay a sufficient average annual wage.

And four of the five most common specific job titles in the Sacramento metro area on average pay less than the wage needed to afford a home.

That means the average home health aide, fast food worker, cashier and stock mover cannot afford either a one- or two-bedroom home in Sacramento without becoming rent burdened.

The average annual wage of the two most common occupation categories in the Sacramento metro area — office and administrative support, and sales and related services — is insufficient to rent a home without becoming rent burdened.

With average annual wages of about $48,000 and $51,000 respectively, those fields collectively employed more than 200,000 people as of last May, according to the most recently available state employment records.

Food preparation and serving related work had the lowest average wage in Sacramento among the most common job fields — about $33,000 annually, or a median hourly wage of roughly $14. Nearly 74,000 people in the metro area work in the food prep or service industry.

The other common industries with average annual wages too low to afford a two-bedroom apartment? Health care support, personal care and service, building and grounds maintenance, transportation and material moving, and production.

All told, about 55% of the roughly 968,500 Sacramento metro workers recorded last May were in jobs where the average annual wage wasn’t enough to afford a two-bedroom apartment without becoming rent burdened (though some may have a higher paying, or lower paying, job compared to their peers in the same occupation category).

So who can afford rent in Sacramento?

Among the top 20 most common occupation categories in the Sacramento metro area, people with management jobs have the highest average wage. That includes general managers and administrators across a breadth of fields, like construction, health services, computer and information systems, and finance. It’s a field that employed over 57,000 people across Sacramento, and had an average annual wage of about $126,000.

Health care practitioners and technical occupations — including pharmacists, nurses and doctors — comprised about 54,900 workers and had an average annual wage of about $120,000.

Here’s an overview of common industries in the Sacramento area where workers with an average annual wage can afford a two-bedroom home:

Alexandra Yoon-Hendricks covers equity issues in the Sacramento region. She’s previously worked at The New York Times and NPR, and is a former Bee intern. She graduated from UC Berkeley, where she was the managing editor of The Daily Californian.
Support my work with a digital subscription

The science claims we require to remain vigilant about COVID

Fri Apr 1 , 2022
If there is a person point we have realized about COVID-19, it’s that the virus proceeds to evolve, and as considerably as we would like certainty and steadiness, we want to maintain shifting ourselves and our response to it. This is real for equally the science and for community leaders’ […] 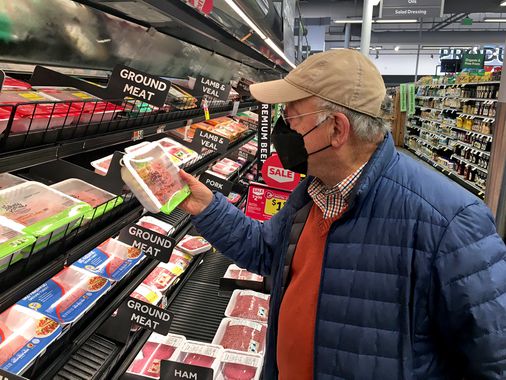