WARRENTON, Va. — Democrat Terry McAuliffe launched his campaign for governor of Virginia last year at a public school to tout his education plan.

But in the final days of an unexpectedly tight race, it’s his opponent, Republican Glenn Youngkin, whose closing message is all about schools.

Schools have long been a top issue in gubernatorial campaigns. And education has frequently been the battlefield of American culture wars, from war protests to classroom prayer.

But thanks to frustration over pandemic school closings, a national push by conservatives to resist a wave of race-focused curriculum changes and an unforced error by McAuliffe, Virginia Republicans have found an issue that unites their fractious base without turning off the suburban moderates they need to win statewide on Nov. 2.

“Virginia offers a first test as to whether or not education issues like these could be effective at wooing back suburban voters that Republicans hemorrhaged during the Trump administration,” said Jessica Taylor, an analyst who tracks governor’s races for the nonpartisan Cook Political Report.

Youngkin could be an example for Republicans in next year’s congressional midterm elections.

“If Youngkin is able to improve his margins in suburbs that have gone from red to blue over the past decade in Virginia, we could see this used as a blueprint in the midterms in certain place,” Taylor said.

For Youngkin, who has been holding “Parents Matter” rallies across Virginia, schooling has become a stand-in for a host of contentious issues that galvanize the conservative base, from mask mandates to charter schools to critical race theory — an until-recently obscure academic field that conservatives say liberals are using to indoctrinate children to think white people are inherently racist. (Proponents say they are simply advocating for schools to be honest about the country’s complicated racial past and ongoing systemic racism.)

But, emblematic of his approach to the entire campaign, Youngkin is careful to speak in a way that is unlikely to turn off voters who see themselves as the good guys in the fight against racism as he vows to “ban critical race theory on Day One” if he is elected.

“It all starts with curriculum. The curriculum has gone haywire,” he said to cheers in Warrenton on a sunny fall afternoon, claiming parents from across the ideological spectrum were joining in him a nonpartisan “movement.”

“We are going to teach all history. The good and the bad,” he continued. “On Day One, we are going to embrace Dr. Martin Luther King’s famous, famous comments that we are not going to judge one another by the color of their skin but rather the content of our character.”

With just over two weeks to go and both sides spending heavily, the most played political ads in Virginia right now are Youngkin spots featuring a gaffe by McAuliffe at the last debate, when he said, “I don’t think parents should be telling schools what they should teach.”

McAuliffe was referring to a 2017 bill he vetoed during his first term as governor (Virginia is the only state that doesn’t allow governors to serve consecutive term) that would have allowed parents to prevent their children from studying literature deemed to be sexually explicit, such as Toni Morrison’s “Beloved,” which provoked the push for the so-called “Beloved” Bill.

McAuliffe vetoed the bill on free speech grounds, arguing that it could chill the teaching of classics that are deemed to be offensive.

His debate comment, removed from its context, plays into long-standing conservative narratives about “Big Government,” as well new ones about mask mandates and critical race theory that aren’t toxic to moderates, unlike, say, conspiracy theories about the 2020 election, from which Youngkin has had to distance himself.

“He thinks that the government should stand between parents and their children,” Youngkin said of McAuliffe. “We all knew this. He just absolutely confirmed what we all believed.”

McAuliffe has dismissed the issue and the conspiratorial fear-mongering, saying critical race theory isn’t even taught in Virginia schools. Independent fact-checkers have backed him up on that point, and they have labeled Youngkin’s claims as “false,” saying that critical race theory isn’t part of state curriculum standards and that there’s little evidence it is present in many classrooms

“It really bothers me, because it is a racist dog whistle,” McAuliffe said last week on MSNBC’s “Morning Joe.” “We don’t teach critical race theory here in Virginia. And all he’s doing, like Trump, is getting parents fighting parents, using children as political pawns. I hate that.”

Still, debates over race and history have roiled school districts across the country, with a particular hot spot in the exurbs of Northern Virginia, where one can’t venture far in any direction without encountering a street named after a Confederate general.

McAuliffe’s campaign says it’s not seeing much movement among swing voters over such issues in its internal data, likening it to a surge of concern about the MS-13 gang in the closing days of the 2017 gubernatorial race, which outgoing Democratic Gov. Ralph Northam ended up winning handily. (Republicans ran ads suggesting that the suburbs of Washington, D.C., had become dangerous because of gang activity and blamed Democrats.)

A Fox News poll released Thursday, which showed McAuliffe leading by 51 percent to 46 percent overall, found voters statistically evenly split over which candidate they trust more to handle education, at 45 percent to 43 percent.

And while a majority of parents sided with Youngkin’s message that they should be able to tell schools what to teach, McAuliffe still had a 9 percentage-point lead among parents who are likely to vote.

But among Youngkin’s mostly white supporters, pushing strollers or balancing kids on their shoulders at his rally, threats to their children’s education felt real and personal.

“Anybody who’s going to tell me I can’t have an opinion about what goes into my kid’s body or what they get taught will never get my vote,” said Ashleigh Mitchell, referring to potential mandates for the Covid-19 vaccines.

George Fletcher, a father of four, said that when he was growing up in central Virginia, many of his friends were Black and race wasn’t an issue people dwelled on. Now, he wonders whether his children could have that experience today.

“I never heard anyone talk about racism,” he said. “Now, with our kids in school, there’s more division.”

Fred and Peggy Keapproth, who used a blue Sharpie to amend a “Parents for Youngkin” sign to read “Grandparents for Youngkin,” said they worry that their three grandchildren will be exposed to “Marxist indoctrination” that downplays the progress the U.S. has made on race.

“American history, you know, it wasn’t perfect. Things happened. We did have slavery and all that. That’s true, and that’s a bad thing,” Fred Keapproth said. “The world is different today.”

“We learned our lessons, and we moved on,” Peggy Keapproth added. 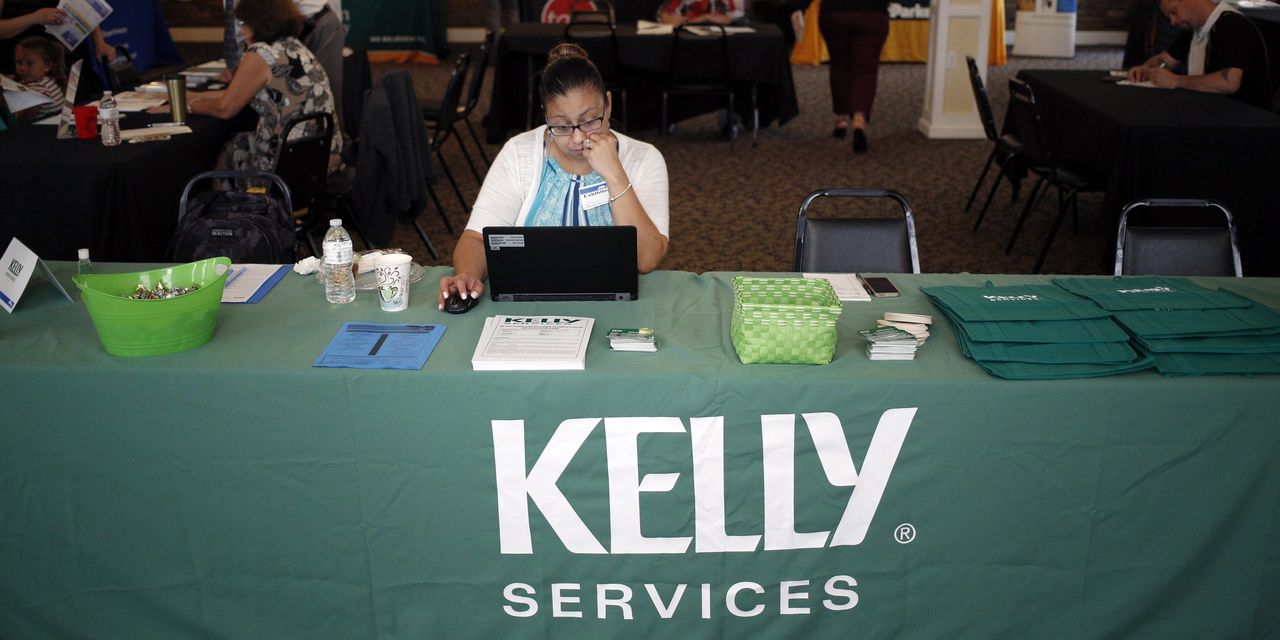