Thousands of Minneapolis educators are on strike over a push for higher wages, smaller classes and more mental health support for students in a district facing a multimillion-dollar budget shortfall.

But the local dispute over finances has also raised questions about another pot of money: the state’s record $9.3 billion surplus.

The union took its walkout to the State Capitol lawn on Wednesday. On Thursday, a small group of parents and advocates, not tied to the union, rallied outside the Governor’s residence pushing for more state funding for education. And Minneapolis Public Schools, too, has said it would welcome more funding from the state.

“That’s what the Legislature has to pay attention to — this isn’t a unique conversation happening in one school district,” said Denise Specht, president of the statewide teachers union Education Minnesota, which this month endorsed Gov. Tim Walz’s bid for re-election. “[Legislators] have a role to play here because this is a statewide problem.”

Still, state help isn’t likely to come quickly or easily — lawmakers in the divided Legislature are sparring over how to spend the surplus during an election year, and many groups are jockeying for a cut of the money.

Senate Republicans are pushing back on Walz’s proposed supplemental budget, which includes a 2% increase in education funding per student in fiscal year 2023.

In a statement, Senate Education Committee Chair Roger Chamberlain, R-Lino Lakes, noted the state budget approved in 2021 included an increase in school funding “totaling over $1 billion more in school aid from the state.” And, he said, Minnesota schools also got $2.6 billion in federal COVID relief money.

“Despite the funding increase already available to schools, students are still falling behind and many parents are choosing different education options for the kids,” Chamberlain wrote, saying that cycle will result in less funding to the schools that are bleeding students.

The number of students attending Minneapolis Public Schools has plummeted in recent years.

During the 2017-2018 school year, the district enrolled more than 36,600 students. This year, that number is 28,700. The loss since the last school year was steeper than the district anticipated, forcing it to amend its tax levy downward.

The district anticipates enrollment will continue to trend down by at least 1.5% each year for the next five years.

Leaders have expressed hope that over time, changes made as a result of the district’s comprehensive redesign — which was approved in spring 2020 and went into effect this fall — will attract more families to the district but said any resulting gains won’t come in the near term.

And fewer students also likely means less money from the state, which doles out funding per pupil.

The basic per-pupil funding formula — about $6,700 this year — has increased by about 2% a year since 2015, but school officials and education advocacy groups across Minnesota say it’s not keeping pace with inflation.

Amid the declining student numbers and financial pressures, the Minneapolis district is projecting a $21.5 million budget shortfall, despite the use of $75 million in one-time federal relief money.

Superintendent Ed Graff has said “difficult” conversations about layoffs and school closures are likely coming. Next year’s budget calls for 250 teacher positions to be eliminated. One quarter of those teachers are people of color, the district said.

One of Minneapolis Public Schools’ legislative agenda priorities this year is “ensuring the state fully funds the state portion of special education” services.

State and federal aid does not cover the full cost of those programs, and the district dips into its general fund to support the state-mandated special education services it provides for 5,700 students. The district has also pointed to shortfalls in state funding for services for its 5,800 English language learners.

On its website, the district writes that the state surplus presents an “opportunity to address the chronic underfunding of public education.”

Members of the school board’s executive team mentioned the lobbying efforts in a brief news conference on Sunday.

Adriana Cerrillo, a member of the Minneapolis school board who attended the gathering in front the governor’s residence on Thursday, said she’s not hopeful that the two political parties will agree to an infusion of additional dollars for Minnesota schools.

But years of underfunding education has contributed to the strike, she said.

“We have to understand there is not enough money at the table right now,” Cerillo said. “This is a long-term problem and we have to be strategic to find a sustainable solution.”

Negotiations between the district and the union continued through the weekend.

Union leaders say they don’t disagree with the need for more money. They assert that the fight is about priorities set by officials at both district headquarters and the State Capitol.

Shaun Laden, president of the educational support professionals chapter of the Minneapolis Federation of Teachers, pointed to the strike-averting agreement between the St. Paul district and its union — saying it proves an urban district can find the way to address union concerns.

“We’re not saying MPS has all the public funding it needs,” Laden said. “What we are saying is that Minneapolis needs to use its funding differently.”

Mon Mar 21 , 2022
A wild new theory indicates there might be another “anti-universe,” managing backward in time prior to the Huge Bang. The plan assumes that the early universe was modest, sizzling and dense — and so uniform that time seems to be symmetric likely backward and forward. If real, the new idea […] 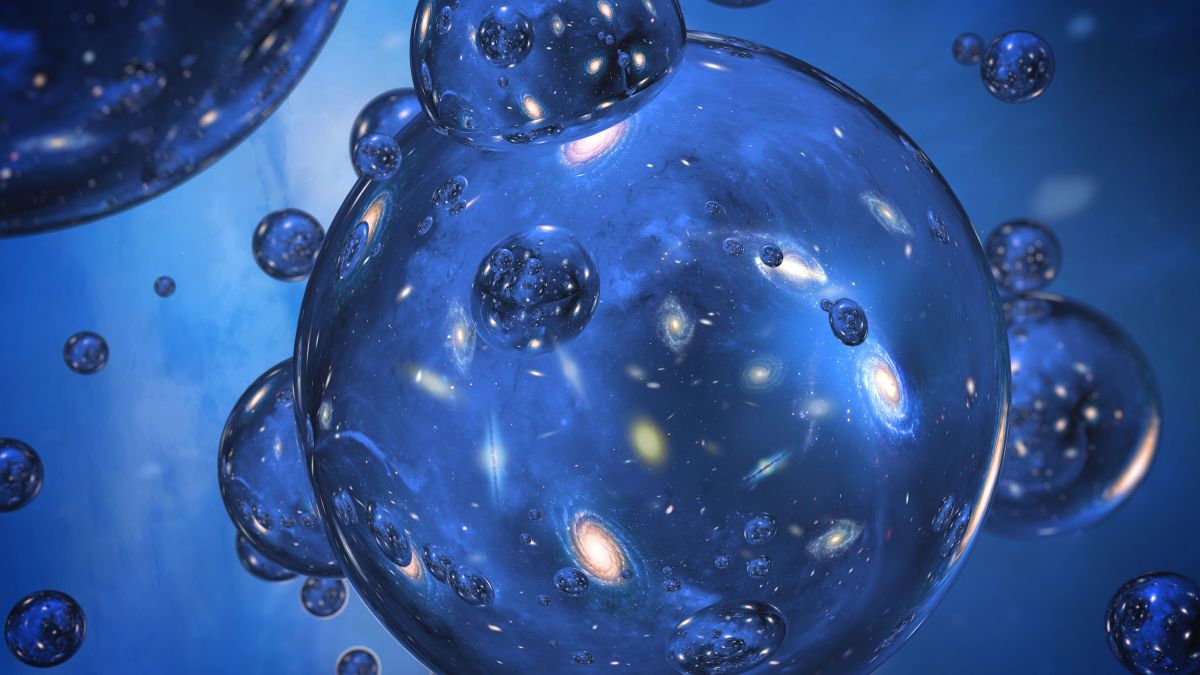