NPR’s Ailsa Chang speaks with ProPublica journalist Cezary Podkul about his investigation into the proliferation of fake job ads on the internet, which are actually scams to steal identities.

A hundred thousand dollars a year to work 35 hours a week, picking up travelers as an airport shuttle driver. That sounds pretty good, right? Maybe too good to be true? Well, that’s because it is. But, you know, it is a real posting that has become ubiquitous on sites like LinkedIn and Facebook, luring would-be workers during one of the biggest upheavals in the labor market in recent history. And while this posting will not lead to a job, it will likely lead to identity theft. And it’s only one of many sham job ads that have been popping up lately. Cezary Podkul is a reporter with ProPublica, and he recently did a deep dive into these fake ads. He joins us now.

CEZARY PODKUL: Thanks for having me.

CHANG: So I just want to start with that airport shuttle driver ad. You tracked one of those ads down. And can you just tell us, where did that quest lead you?

PODKUL: I just started taking the text of it and looking around at all the different places where it was showing up. And eventually, just by looking for it and looking for it, I saw a posting on a Nigerian scam board, where people just trade messages and exchange tips on how to basically do all sorts of scams. And it was basically this script for an airport shuttle job aimed at getting people to share their driver’s license, their Social Security number, and once they do that, to really reel them in and try to get as much as you can to basically get their personal details and use them to commit fraud.

CHANG: Kind of scary as people are looking really, really hard for jobs right now. I mean, to take a step back, how prevalent are these job ad scams right now, would you say?

PODKUL: So they’re growing. We don’t have a precise figure right now because it’s sort of an emerging threat. One company that I talked with that’s helping both the federal government and state governments safeguard against identity theft has been tracking them, and they saw something like 3,000 of these fake job ads in March. And as of when I talked to them just a few days before we published the story, it had grown to, like, 36,000.

PODKUL: So it’s something that people really should be on the lookout for, especially now, since so many people are quitting their jobs or thinking about quitting or still looking for a job.

CHANG: Well, as you say, all of this is happening as there’s been so much churn in the labor market. Can you talk about how these job ad scams seem to have evolved as the pandemic has worn on?

PODKUL: Yeah. So basically, they’re looking for industries like an airport shuttle driver – right? – like, stuff where they think that people will think, OK, maybe airports are reopening – there’s more traffic. Or, for example, you know, restaurants – like, another person I interviewed had fallen to a fake job ad for restaurant chain Steak ‘n Shake. And as we all know, right now in the restaurant and hospitality industry, so many people have quit. There’s just a lot of demand. And she was applying for what she thought was a graphic designer job that turned out to be totally fake. The other thing that they’re doing that’s really weird is they’ll just email you out of the blue for a job that you didn’t apply for. So these are just phishing scams, where they’ll send you an email, saying here’s a job. And it’s not a job. It’s just a phishing scam to get your personal information.

CHANG: Well, you’re segueing beautifully into the last question. I was just going to ask you, you know, what advice do you have for people who are out looking for a job now, of course, who do not want to get scammed? Beyond, like, weird, sketchy URLs, are there any other particular red flags that you can advise people to try to spot?

PODKUL: Yeah. So probably the most important thing is, you know, be wary of job ads that are touting the need to verify your identity upfront, like, right at the outset. And then, you know, there’s a bunch of other things – right? – looking at the URL, looking at the job posting, seeing who’s posting it, googling the text of it – does it show up all over the internet in different places, right? But probably the most important thing is just to not ignore that voice, that little voice in your head that you hear sometimes when something feels off. At the very least, get a second opinion from maybe your husband, your wife, a loved one, a friend. Ask them, like, hey, is this right? Should this person be asking – should I be giving them that information? And if they say, hey, no, that seems weird, or if it just doesn’t feel right to you, you know, walk away. There’s plenty of jobs out there right now. The last thing you need to do is get scammed.

Thank you very much for your reporting.

PODKUL: Thanks for having me. And good luck job hunting, everyone.

Copyright © 2021 NPR. All rights reserved. Visit our website terms of use and permissions pages at www.npr.org for further information.

NPR transcripts are created on a rush deadline by Verb8tm, Inc., an NPR contractor, and produced using a proprietary transcription process developed with NPR. This text may not be in its final form and may be updated or revised in the future. Accuracy and availability may vary. The authoritative record of NPR’s programming is the audio record.

The Lost Women of Science, Episode 1: The Question Mark

Sat Nov 6 , 2021
From the COVID vaccine to pulsars to computer programming, women are at the source of many scientific discoveries, inventions and innovations that shape our lives. But in the stories we’ve come to accept about those breakthroughs, women are too often left out. Each season at Lost Women of Science, we’ll […] 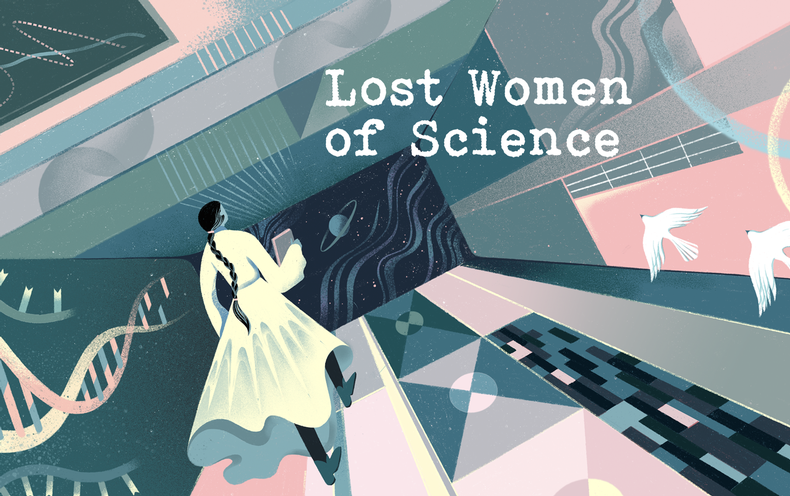