Intel CEO Pat Gelsinger says the ball is in the chip giant’s court to win back lost business from the Mac making Apple.

“My job is to win them [Apple] back and to deliver products that are better than they can do themselves. We also want to win them over to more of our foundry offerings over time. And that just makes sense, right? Everybody wants to have multiple suppliers. And if we have the best process technology in the industry, of course, they’ll come our way,” Gelsinger said at Yahoo Finance’s All Markets Summit.

Recall it was late 2020 when Apple made the long-expected decision to use chips designed in-house for its Macs. The tech giant’s M1 chips are based on Arm architecture as opposed to Intel’s x86 chips. The decision effectively ended Apple’s roughly 15-year relationship with Intel.

Since that decision, Apple has showcased several of its newest chips. Earlier this month, Apple revealed two new chips dubbed the M1 Pro and M1 Max. The chips will help power new 14- and 16-inch models of the Mac that could fetch up to $6,099. Apple claims the chips outperform those from rival Advanced Micro Devices.

The main selling point of the M1 Max chip, for example, is that Apple claims it uses up to 100 watts less power than those found in other high-powered laptop chips. In turn, that helps improve the battery life of the computer.

The importance of Apple to Intel isn’t lost on Gelinsger. He told Yahoo Finance earlier this year one of the first things he did when taking over as CEO in February was place a call to Apple chief Tim Cook.

Nevertheless, Gelsinger acknowledges it will take time to wrestle back business from Apple. But he hopes to make the tech giant a customer of its foundry business, which Intel’s top executive sees as a key long-term growth opportunity.

“We would hope to have them using more of our products over time, more of our technologies in different spaces, hoping to use our foundry at different points of time. But these are long-term decisions. If they started the design tomorrow, or if somebody came to us and said, hey, we want to go do a major foundry offering with you today it’s not until 2025 that that hits any volume,” Gelsinger explained.

Continued Gelsinger, “These are long-term decisions. So we’re very, I think, pragmatic about what that might take, but we’re also very clear minded that if we’re doing the best products, the best process technology, and the best packaging technology that’s available anywhere in the industry, they and others will make very pragmatic choices of picking the best set of things they can do to build the best products for their customers.”

Brian Sozzi is an editor-at-large and anchor at Yahoo Finance. Follow Sozzi on Twitter @BrianSozzi and on LinkedIn.

The Science Behind Ouija Boards

Wed Oct 27 , 2021
Maybe you’re at a sleepover, or a Halloween party. Maybe it’s night, it’s probably night. You sit before a board with the alphabet printed on it, a little sun and moon, the words “yes” and “no” and “goodbye.” You rest the tips of your fingers on a heart-shaped plastic platform […] 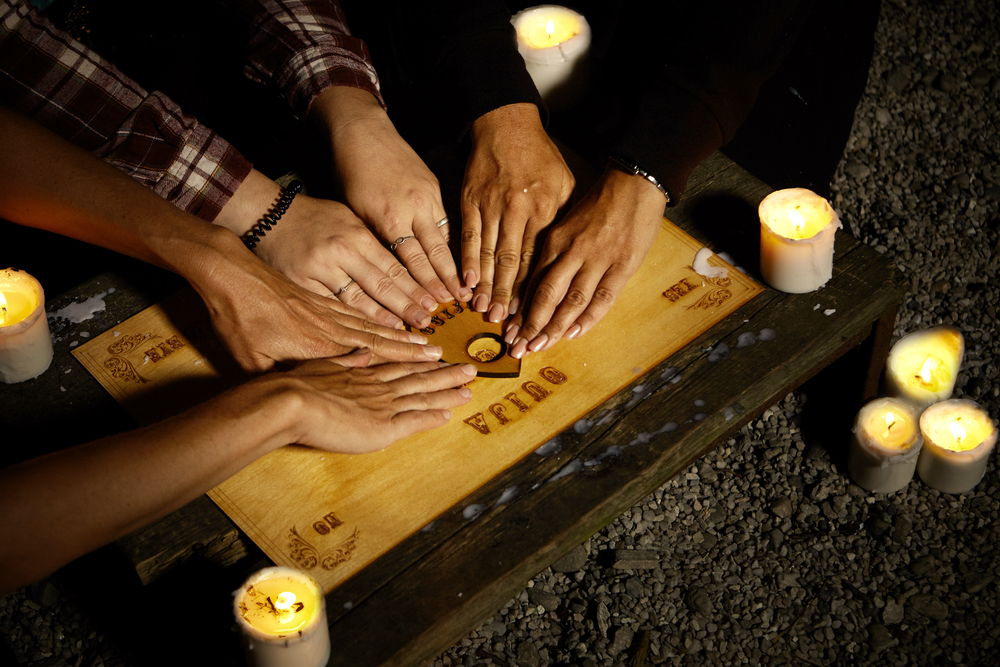