Beth Shriever poses with the gold medal after the Women’s BMX final on day seven of the Tokyo 2020 Olympic Games at Ariake Urban Sports Park on July 30, 2021 in Tokyo, Japan.

After her funding was cut, British Olympic BMX champion Beth Shriever became a teaching assistant in an elementary school, an experience she says taught her some important life lessons.

Shriever made history at this July’s Tokyo Olympics, winning Britain’s first ever gold medal for BMX racing. In August, the 22-year-old then secured first place at the BMX Supercross World Championship in Holland, making her the first woman to hold both titles at the same time.

But Shriever’s path to victory hasn’t been an easy ride. In 2017, after she won the Junior World Championships, she told CNBC that she received a phone call informing her that the funding for the British women’s BMX program had been cut.

Shriever was living at her parents at the time, but wanted to continue earning her own money. So she decided to become a teaching assistant, working with preschool-aged children at the elementary school where her mom works in Essex, England.

Even with the stamina of a professional athlete, Shriever said that she found working with children “exhausting” and would go to BMX training after work “absolutely shattered.”

Despite this, Shriever said that she loved being able to see how the children developed over time.

Working with kids also helped her become more patient, she said, and prepared her for a life away from home as a professional athlete.

“When I did move away from home, I feel like obviously I did grow up very quickly, but working with children and kind of being independent as well, probably helped prepare me for that a bit better,” she said via video call.

Shriever suggested that seeing how carefree kids are reminded her to enjoy life, “go with the flow and just do what makes you happy.”

Working as a teaching assistant for those two years was actually “kind of a blessing in disguise,” she added.

After losing her funding, Shriever also set up a GoFundMe page and held a few fundraising events to cover the costs of traveling to compete in races in America and Australia. She raised £4,496 ($6,101) through the GoFundMe page.

When it looked likely that she would qualify to compete in the Tokyo Olympic games, the British Cycling governing body approached her again and offered funding so she could move to the city of Manchester in the north of England to train as a full-time athlete.

“I feel like that had to happen, me and Kye [Whyte] had to do well, and now we’ve kind of secured the program for the next cycle,” she added. Whyte won a silver medal at the Tokyo Olympics, the first ever BMX title for Britain, as he raced before Shriever in the finals.

Shriever said she was very aware of the pressure to perform at the Olympics.

“I obviously had conversations with my psychologist about it because I said to him: ‘If I don’t well, we’re probably not going to be here next year,'” she said. To alleviate some of that pressure, her psychologist suggested that she focus on enjoying the races, rather than the possibility of letting other people down if she didn’t get the best results.

Looking ahead, Shriever said hopes to defend the BMX Olympic title, but also wants to help inspire the next generation of women in her sport.

“I feel like now, hopefully, I can be that role model for younger girls that you can make it in BMX, you can make a career out of it,” she said.

Last month, Shriever was awarded an honorary doctorate of sport from the University of East London for her achievements and was the youngest-ever recipient of the degree from the college.

Check out: Jennifer Garner on helping lead her own start-up: ‘I’ve gotten much better at having hard conversations’

Sat Oct 23 , 2021
In Destiny 2’s fifteenth season, Season of the Lost, players can earn a new exotic grade weapon by progressing through the Season Pass – the Lorentz Driver. This new Linear Fusion Rifle may look like yet another science fiction weapon powered by impossible energies and ridiculous technology. That’s not necessarily […] 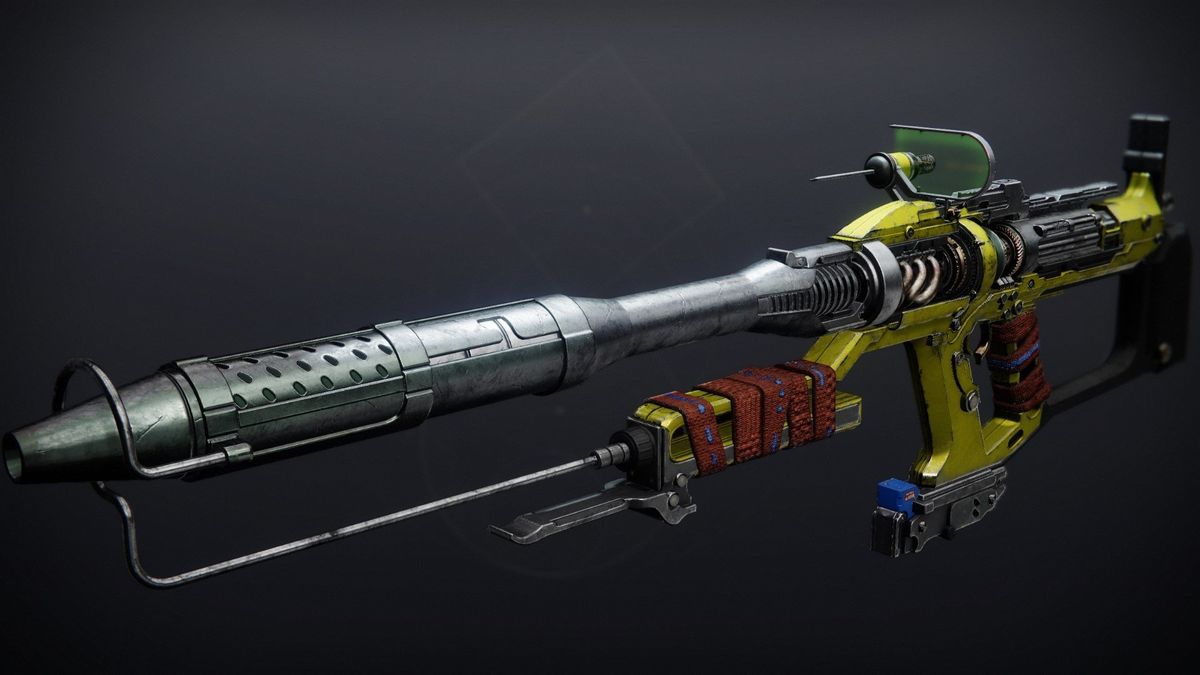