We are so sorry! We bumped into a system failure and couldn’t take your email this time.

Despite reports that there are more available jobs in America than people to fill them, people all over the country say actually getting hired is a different story.

Applicants say they’re being ghosted by recruiters, having their résumés eliminated by applicant tracking systems (ATS), and struggling to find remote work opportunities. At the same time, unemployment benefits have been cut off.

From graduate students to those looking for post-retirement work, Insider spoke with five people who are currently unemployed to learn what it’s like job-hunting during one of the worst times in economic history.

Here’s what they had to say:

Due to a company restructure, I got laid off two weeks ago from my job as a sales rep in educational technology, and received two months severance.

The irony is in addition to that job, I teach an online course I created for a university focusing on career preparedness, covering everything from cover letters, résumés, interview tips, and how best to use LinkedIn to navigate the job search.

When I told my students I got laid off they asked, “How could you be out of work? You literally teach a class on getting jobs!” I resisted the impulse to say maybe I should create a class on how to keep jobs.

I assumed with my PhD and experience, I wouldn’t have a hard time breaking into the scrum master field I wanted to be in but right now, the market is insane. No one is ever really safe.

So far, five different recruiters have reached out claiming to have the ‘perfect fit’ for me, but I’ve been ghosted by all of them.

I’ve spent my life following an imaginary checklist based on societal and family expectations, but now that I’ve checked the required boxes, I’m in limbo.

My parents are Pakistani immigrants who always stressed the importance of higher education. I earned my Bachelor’s, worked for four years, then went to grad school for a Masters in applied statistics.

But since graduating in May and sending out nearly 70 applications for data science and analysis positions, I haven’t had a single interview and feel lost in a sea of other applicants. Dealing with so much rejection has been tough.

My savings ran out so I just applied for unemployment. I have $120,000 in student debt, so that’s another battle to face.

I wish I’d been better prepared to build up a network and leverage social capital like some of my classmates had been doing.

My dream is to work in data science for Spotify, but right now I don’t need to strive for the big-name jobs. I’m not ashamed to work my way up.

Working for over 30 years, I never truly found my niche and did a lot of job-hopping, but jobs were also plentiful back then.

In 2017, my husband and I retired, sold our house, and traveled across the country for two years in our 23-foot long travel trailer. We quickly discovered life on the road was more expensive than we thought.

When the pandemic hit, I took a part-time position as a Walmart cashier to supplement my SSI, but left after a month. Since then, I’ve applied for several jobs at Target, Safeway, and a nearby national park but I haven’t gotten any responses.

I don’t know what’s more daunting, filling out applications online or trying to find work in my ‘Golden Years.’ I’d have to say that both feel like full-time jobs.

I was an English teacher for seven years but left the field in April after experiencing complete burnout. I was offered a teaching contract this year but turned it down for the sake of my mental health.

I started applying for work two months prior to quitting my teaching job. I’d heard all these reports about how many jobs were opening up, so I thought I’d have no trouble finding one pretty quickly.

But it’s now seven months later and I’ve had no luck when it comes to jobs outside of classroom teaching. It seems like I can’t ever get my foot past the front door.

Personally, I think my résumé is getting weeded out by applicant tracking systems before it can even be seen by a human. ATS software only scans for relevant keywords and job titles. When the system reviews my résumé, all they see is ‘teaching’ and ‘education,’ not all of the transferable skills that an actual human would recognize as part of my work experience.

For example, I’m an experienced content writer and have applied to a variety of content writing jobs, but on the surface to an ATS, it looks like I have no applicable experience. A human would understand that an English teacher would be a strong writer or at least have some of the skills and potential for the job. Even applying to something like secretarial work seems hopeless because my résumé doesn’t include the types of keywords an ATS is scanning for.

I’ve tried LinkedIn Premium and even got a $29.99 a month subscription for a career coaching company called Work It Daily. I followed their résumé templates which focus on getting past the ATS and being easily navigable for recruiters and HR staff. I even had one of their coaches review my résumé to make sure it all looked right. While I have noticed a slight uptick based on my revised format, it hasn’t yielded a full-time opportunity yet.

It’s been incredibly defeating receiving rejection after rejection or being ghosted altogether.

I was laid off from my role as an art director in April 2020, a week after finding out I was pregnant with our first child. Recruiters said no one would hire someone that needed maternity leave so soon after starting, so I temporarily paused my job search.

Our daughter is now 10 months old and my unemployment just ran out. Over the past four months, I’ve applied to approximately 300 positions and only received five or six callbacks, all of which were for in-person jobs which is too big of a COVID risk right now with a baby in the house.

I want to return to work in a remote, freelance or project-based position with the possibility of a hybrid schedule down the line.

For now, I’m going to continue my search and in the meantime, I plan on taking classes to build up my skills in the hopes of becoming more marketable.

Fri Nov 12 , 2021
Confident girl keeping her resume, waiting for an critical job interview. getty The way we talk about looking for a new career is misguided. It ordinarily commences with the résumé and LinkedIn profile. As a substitute, right before you do something, check out your way of thinking. Seeking for a […] 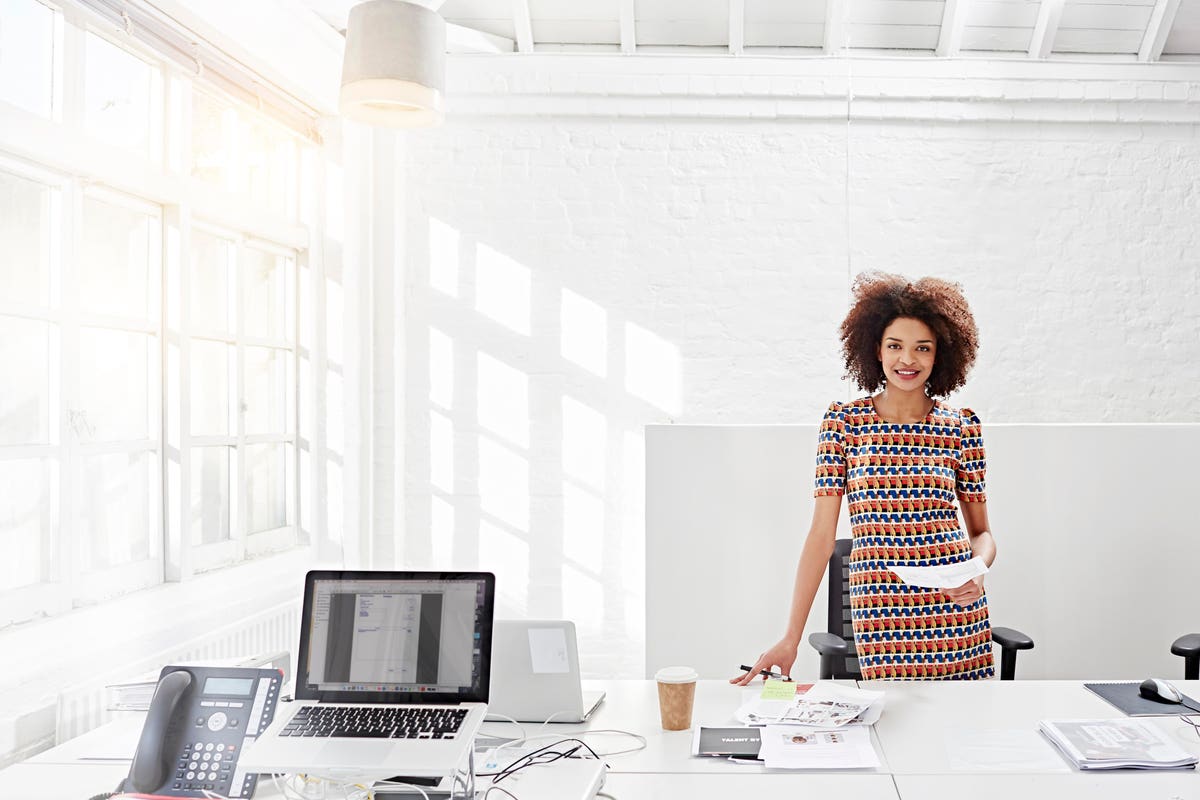